Cooperation in the field of culture

Modern Belarus is actively integrating into the global cultural space, including through organizing a variety of cultural events abroad.

In particular, in 2009-2012 the National Academic Bolshoi Opera and Ballet Theatre of the Republic of Belarus visited more than 10 cities of the Netherlands on a tour with the performances of “Il Trovatore” and “La Boheme” operas. Performance was held in full house and received very warm reception from the Dutch opera lovers, who highly appreciated the level of the Belarusian opera, the soloists of the troupe and the orchestra of the theatre. 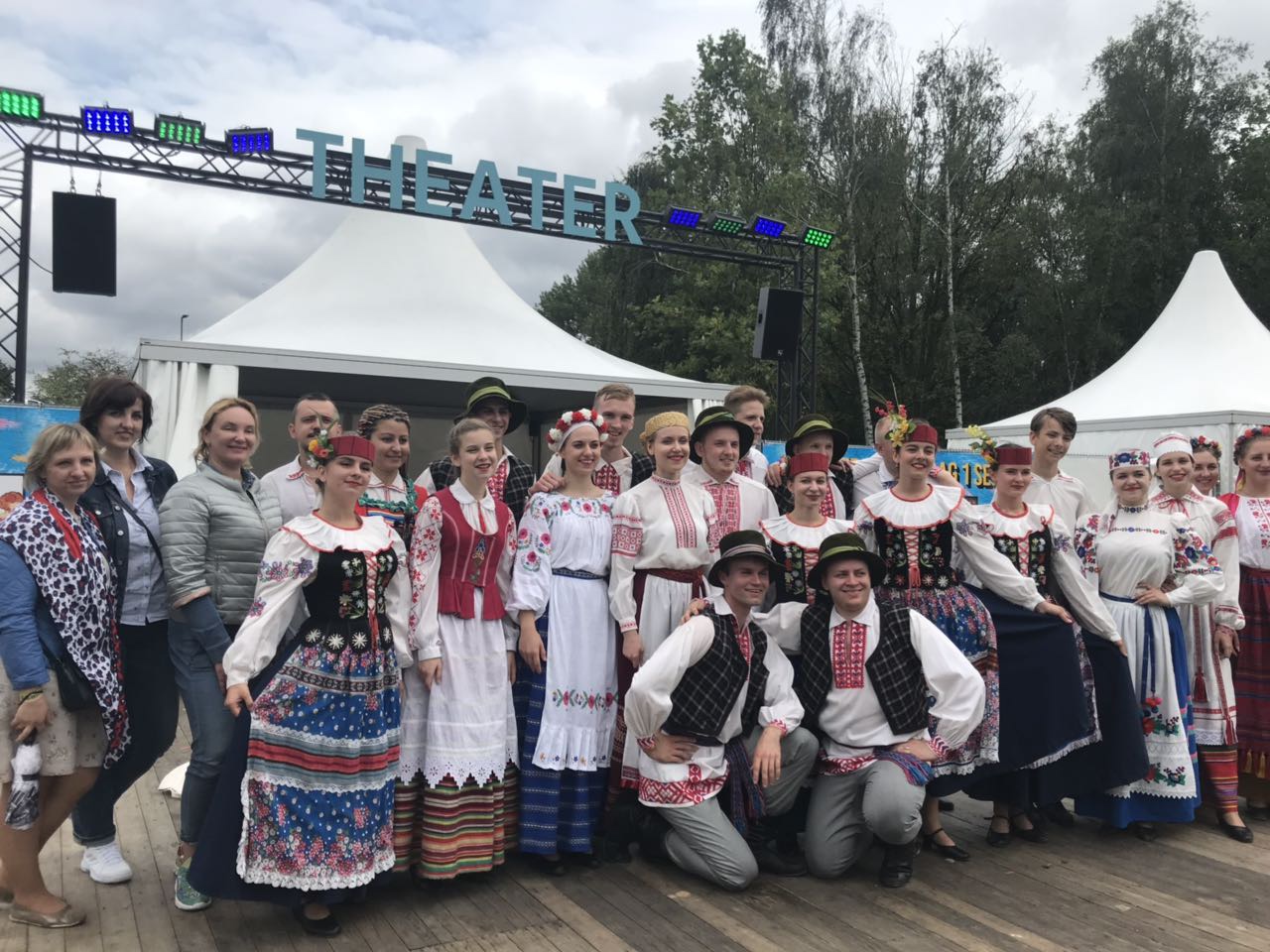 Participation of Belarus amateur dance and music folk groups in the various folk festivals in the Netherlands, including the largest of them SIVO (Odoorn), has already become a tradition.

Artists and photographers from Belarus regularly organize successful exhibitions in the Netherlands. Since 2009 Art gallery in Amsterdam established by Belarusian artist Victoria Kovalenchikova has been active. 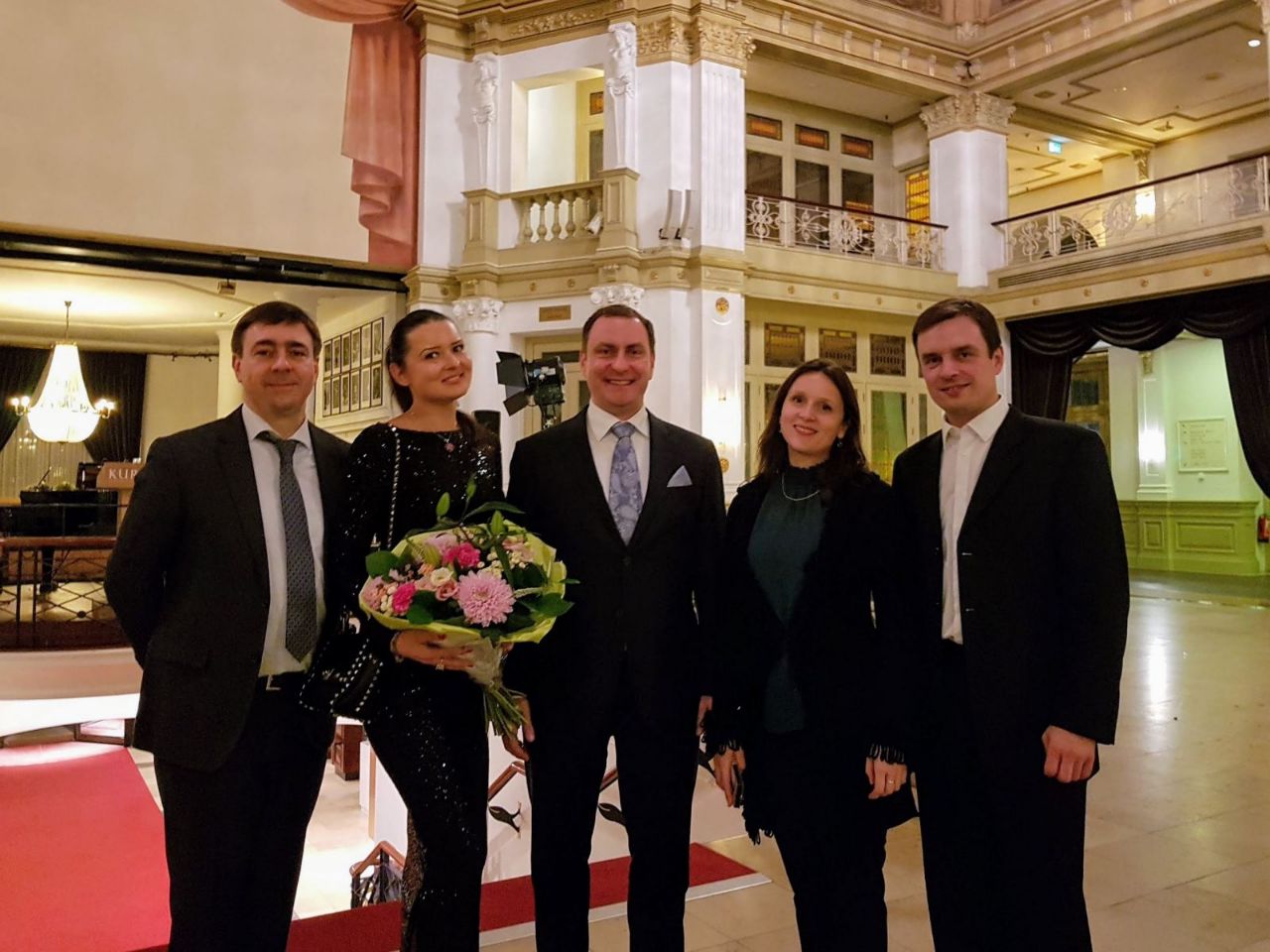 Cultural cooperation is carried out on a mutual basis. Dutch art groups, individual artists and experts in the field of art are frequent guests in Belarus.

In particular, in January 2012 in traditional international festival of classical music “January Music Nights” were opened by the Dutch choir «Cantatrix» from Coevorden – twin city of Brest. During the festival, the choir appeared at the Art Museum of Brest Fortress, in the Church and the State Academic Drama Theatre of Brest, where the mass written by Dutch composer H.Prekema in memory of the defenders of the Brest Fortress was performed. Earlier in December 2011 the choir performed successfully in Coevorden.

Dutch filmmakers regularly take part in the Minsk International Film Festival “Listapad”. A special prize of the jury in 2015 was given to Mr S.Loznitsa's documentary “Event” created together with the Dutch filmmakers. Winner of the festival 2017 “November” was also made with the participance of the Dutch cinematographers.

In April 2017  the Kazak choir from Alpfen-an-den Rijn (The Netherlands) conducted by Mr A.Gankin who is of Belarusian origin made a successfull tour in Gomel and Minsk.

There are prospects for the expansion of cooperation between national libraries and art museums of the two countries.  Paintings by the Dutch artist Ms Dorrit Klomp have been displayed at the exhibition “From Lisboa through Minsk to Vladivostok” in 2017-2018. This unique art-project which included artworks of modern artists from 27 European countries has become one of the most important events in the cultural life of Belarus.

In October 2018, within interaction with the Trajecti Voces choir of Utrecht (Netherlands), concerts of the Belarusian Albarutenicae choir (Minsk) were organized in the Netherlands.

On November 21, 2018, the Embassy organized an event for the Association of spouses of ambassadors accredited in the Netherlands with the performance of Belarusian musicians Oksana and Vitaly Stakhievichi.

The Embassy of the Republic of Belarus in the Netherlands and the National Tourism Agency of Belarus co-sponsored the Presentation of the Tourism Potential of the Republic of Belarus at the International Tourism and Leisure Fair  “Vakantiebeurs 2019” on 9 January 2019  in Utrecht. The Ambassador of Belarus to the Netherlands H.E. Mr Mikalai Barysevich delivered his opening remarks.  The Belarusian tour operators made their presentations and held a number of B2B meetings.

The Embassy of the Republic of Belarus in the Netherlands organized an exhibition of the Belarusian artist, Professor of the Belarusian State Academy of Arts Mr Vasili Yasiuk in the Royal Industrial Club of Amsterdam.

On January, 27, 2019 H.E. Mr Mikalai Barysevich, Ambassador Extraordinary and Plenipotentiary of the Republic of Belarus in the Kingdom of the Netherlands,  took part in the annual National Holocaust Commemoration, The Silent March and the wreath-laying ceremony to the «Auschwitz Never Again-monument» in Amsterdam. 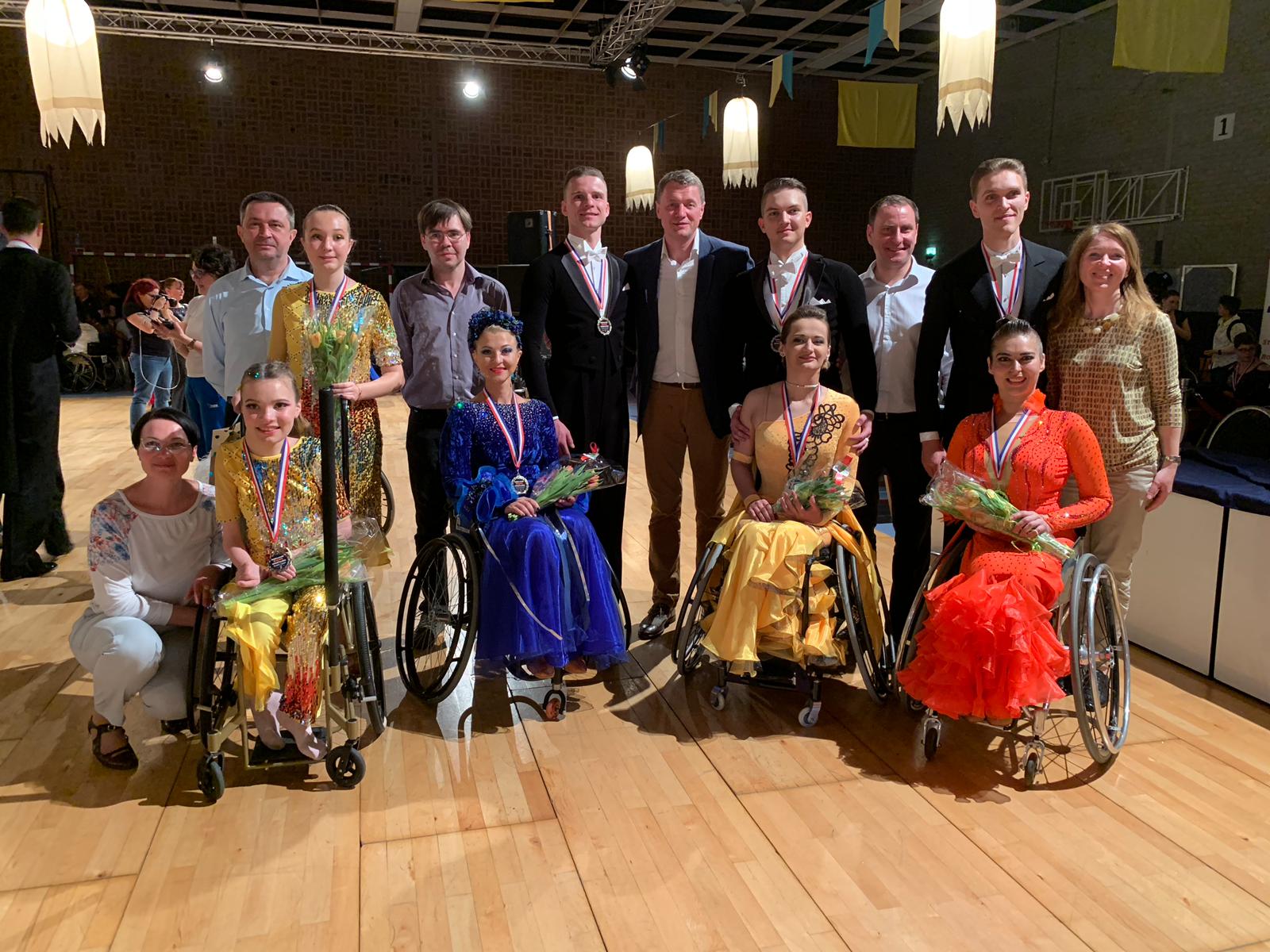 On May 9, 2019 the Ambassador of Belarus to the Netherlands Mikalai Barysevich and the staff of the Embassy took part in commemorative events devoted to the 74th anniversary of the Victory in the Great Patriotic War. As a part of the ceremony, organized jointly with the diplomatic missions of Armenia, Azerbaijan, Kazakhstan and Russia, the wreaths were laid at the «Rusthof» memorial in Leusden where 865 Soviet soldiers were buried. The flowers were also laid to the monument where 77 Soviet prisoners were executed as well as to the monuments of the Western Allies and the Dutch soldiers. During the event Ambassador met with representatives of the Netherlands veterans' organizations, officials of Leusden municipality and the Dutch public.

On May 22, 2019 a representative of the Embassy of Belarus in the Netherlands took part in an annual event “Diplomats Day 2019” organized by the European Law Students` Association for students of the faculties of international relations and law of the University of Groningen. During the event talks with the students who are interested in Belarus and the Belarusian-Dutch relations were held.

On June 9, 2019 the famous Belarusian pianist Vital Stahievitch together with the Dutch opera singer mezzo-soprano Ruth Willemse gave a concert in The Hague. The concert program included works by E.Elgar, G.Mahler, R.Wagner and L.Abeliovich.

The Belarusian folklore ensemble «Zorachka» participated with folk dance, music and singing concerts in the Folklore Festivals in the Netherlands from 15 to 22 of August 2019. The successful performances of the Belarusian artists took place in Gus, Vlissingen, Jerseke, Vlaardingen.

On October 28, 2019 the Charge d'Affaires a.i. of the Republic of Belarus to the Kingdom of the Netherlands Mr. Stanislav Vassilevsky took part in the Grand opening of the Exposition of the Belarusian contemporary artist Victoria Kovalenchikova in collaboration with the Dutch designer Arvid Henkes and sculptor Chris Tap in the gallery “BELL`ARTE” at the Grand Hotel Amrâth Kurhaus in The Hague. During the gala evening, the joint performance of the renowned Belarusian pianists Oksana and Vitaly Stakhievich and opera singer Elena Syssoeva took place. The music program included works by Chopin, Debussy, Rachmaninov, Schubert, Tchaikovsky, Belarusian composer Sergey Beltyukov and others. The event was attended by representatives of the Ministry of Foreign Affairs and other government bodies of the Netherlands, honorary consuls of the Republic of Belarus in the Kingdom of the Netherlands, heads and representatives of diplomatic missions accredited to the Netherlands, consulting and investment agencies, business community, as well as representatives of charity foundations working with Belarus and representatives of the international organizations located in The Hague.

On January 27, 2020 Mr Stanislav Vassilevsky, Charge d'Affaires a.i. of the Republic of Belarus to the Kingdom of the Netherlands,  took part in the annual National Holocaust Commemoration, The Silent March and the wreath-laying ceremony to the «Auschwitz Never Again-monument» in Amsterdam.

On March 3, 2020 Stanislav Vassilevsky, Charge d'Affaires a.i. of the Republic of Belarus to the Kingdom of the Netherlands, visited Noordwijk (province of South Holland). During the visit, a meeting with the Mayor of Noordwijk Wendy Verkleij-Eimers and intellectuals of the town was held, during which the prospects of development of Belarusian-Dutch inter-regional and cultural ties were discussed. At the invitation of the Dutch side, S.Vassilevsky also attended the opening of the memorial plate of the renowned Dutch actor Paul van Gorcum on the Walk of Fame.

On May 9, 2020 Chargé d'Affaires a.i. of the Republic of Belarus to the Kingdom of the Netherlands Mr Stanislav Vassilevsky took part in commemorative events devoted to the 75th anniversary of the Victory in the Great Patriotic War. As a part of the ceremony, organized jointly with the diplomatic missions of Armenia, Azerbaijan, Kazakhstan and Russia, the wreaths were laid at the «Rusthof» memorial in Leusden where 865 Soviet soldiers were buried.

Information about the international events in Belarus may be found here